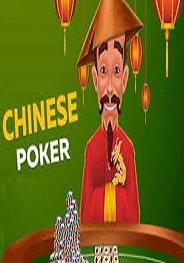 Chinese poker, and its popular variant, open face Chinese poker, is wildly different to most types of the game. Players have three hands and win points based on comparing them to the corresponding hands of other players. For some tips on the basics, read on.

In Chinese poker there's no raising during the game, which has between two and four players. Instead, players agree pre-game on a points value (it might be a dollar a point, say). You then win or lose according to how many points you get, or lose, when playing a round. Chinese poker has three hands (the top hand being three cards and the middle and bottom hands five cards each). You get a point every time one of your hands beats an opponent's. If all three of yours beats all three of theirs, that's called a scoop and you get a three point bonus (making it six points total). On top of this, there are royalties, which can be worth dozens of points. Bear this in mind when setting the point value, because even a dollar a point could see you lose $100 in a couple of hands, if you're very unlucky.

Fouling in Chinese poker involves making an illegal hand. The top (or front) hand has to be inferior to the middle hand, which must be worse than the bottom (or back) hand. If you foul, you lose, and unless your opponent(s) do the same you'll be losing all 6 points, even before we get to royalties. If you're starting out, don't be afraid to keep it simple, arranging your starting five cards (in open face Chinese poker, see below) with the highest two in the bottom hand, the middle two in the middle hand, and the weakest in the front. In standard Chinese poker, this is, of course, far easier to avoid as you get the full thirteen cards at the start.

Fantasyland is a huge advantage in open face Chinese poker, a popular variant of Chinese poker, that entails seeing all thirteen cards at the start of the next game. This is immensely helpful. Getting into it, however, requires having a pair of Queens, or better, in the front hand (and not fouling). Staying in fantasyland requires very good hands (three of a kind in front, full house middle, or four of a kind back). Going for it can make fouling much likelier, but if you achieve fantasyland the next game will be a lot easier. 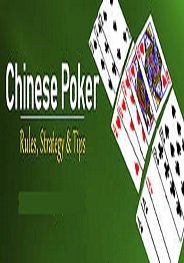 Royalties are bonuses players receive in Chinese poker for achieving higher hands. These can be substantial, and are higher in the open face variety of Chinese poker, in which it's more difficult to achieve the better hands. Because the royalties can vary you may well want to keep the details handy. Chasing royalties can lead to fouling, and working out whether it's worth risking the loss of 6 points for, say, a 5% chance of a result will depend on what the royalty reward is.

Chinese poker can be surprisingly complex, and a cautious approach early on can be wise. Don't be afraid to play it safe and let others foul themselves to your advantage.