Texas Hold'em is a classic casino game that remains hugely popular. Every game is different due to the new opponents you'll face. Here are four tips you may find useful when playing Texas Hold'em.

Tip One - Folding is your Friend (Mostly) 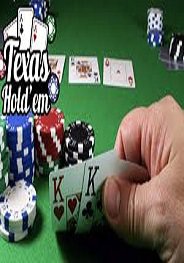 Folding often and early is an important way of avoiding racking up low and mid-level losses in Texas Hold'em. In some cases this is obvious (2 and 7 off-suit, say) but what if you're dealt a Jack and a 4? Well, it's likely someone has a better high card. And even if they have a Jack and one shows up on the table, your 4 is going to mean you likely lose a tie (and, worse, get sucked into betting more because you have a pair). However, it's important not to do this uniformly. If you fold 90% of the time and only raise when you genuinely have a good hand, it'll stand out like a sore thumb. Others may see what's happening and just fold. And if they fold early when you've got a good hand, you'll win small rather than big. Being transparent in Texas Hold'em is not a good thing.

If a Texas Hold'em player is raising at the first opportunity every single hand, they're bluffing most of the time. Yes, players get pocket pairs now and then or another great starting hand (Ace and King, say) but nobody gets lucky all the time. Call that player, when you have a reasonable hand. Either they're bluffing again and you get a win, or they're not. That means you may lose, but it also means that other players will notice that sometimes you raise when you have an inferior hand. In the future, when you've got a strong hand, they may stay in when you raise rather than folding. As long as you don't get carried away, there are benefits to both results.

Texas Hold'em's an enthralling game because it combines quickly working out statistical chances with human psychology. Try to spot patterns with the other players. Some people get scared off by big bets. If you've got a great hand and triple the pot size, you may win but you'll perhaps frighten your opponent out of putting in more money. Similarly, bluffers often throw down big raises as an intimidation tactic. If you can figure out your opponents, that can be a critical advantage in Texas Hold'em.

Ok, this is a bit 101 and you probably already know how to play Texas Hold'em (if you don't, familiarize yourself with the rules before betting or you'll be in trouble). However, there can be variant house rules to Texas Hold'em that you should ensure you know. Things like whether you're playing limit or no limit, for example.

Texas Hold'em is one of the most popular styles of poker in the world, and for good reason. Easy to learn and hard to master, keep your head and it'll help minimize your losses and maximize your wins.