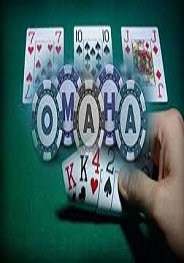 Poker is a classic casino card game, and one of the most popular variants is Omaha. With four hole cards and five community cards, there are more big hands to be had, and more bluffing opportunities. Read below for a quartet of tips to Omaha.

Omaha is very similar to Texas Hold'em, but this can lead players down a blind alley. It's crucial to remember that although you have four hole cards in Omaha, you can only make hands using two hole cards and three community cards. If you get dealt four 7s, that's really just a pair. Not only that, playing a flush requires two cards in that suit in your hole cards. This can take a bit of getting used to if you normally play Texas Hold'em, so keep focused when you're starting out.

There's another big change due to the extra hole cards you receive in Omaha. You have information about more cards that you know your opponents don't have. If you have a pair of Queens, an Ace and a King you have a decent starting hand. What makes it better is that the Ace and King drastically reduce the chances of anyone else having pocket Aces or Kings. To take a more extreme example, if you have four hearts, and every community card is a heart, that's nine total, of a possible 13. It's very unlikely anyone else will have a flush higher than yours. On top of that, you've almost certainly ruled out a straight flush (although you might have one yourself). But nobody else knows that nine of the 13 are accounted for. And because bigger hands are relatively common in Omaha, this tempts people to bluff more. In such a situation, you'd be very unfortunate not to come out ahead. 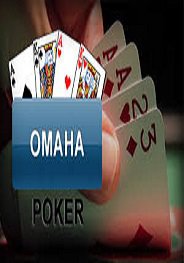 Because Omaha has four hole cards there's a lot more opportunity to hit a hand. This makes being in position (last play in a given game) more powerful because you have chances both to actually have a hand, having observed everyone else's moves, and to bluff having a hand. Being aggressive (within reason, of course) in position can be a good way to get ahead.

Tip - Low-Medium Hands are not Great

As mentioned above, bigger hands are more common in Omaha than some other poker variants. This can lead to overvaluing lower hands. Two pair, for example, can be pretty good depending on the community cards in Texas Hold'em but in Omaha it's not that great.

Omaha is one of the most popular variants of poker to play right now. Just remember not to get carried away with low-medium hands because bigger ones are more common than in other poker games.